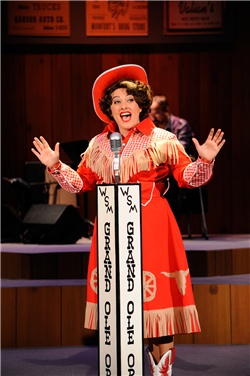 Erin is headed back to Westchester Broadway Theatre for another run of Always…Patsy Cline.  She is thrilled to be able to play this iconic woman once again.  She is joined by Broadway veteran Susann Feltcher-Smith as Louise and will be directed by her friend and Artistic Director of Ocean State Theatre, Amiee Turner. 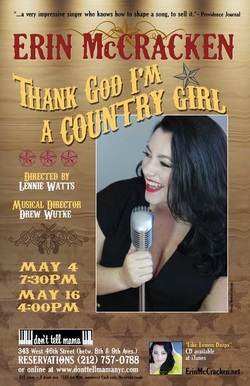 Erin will be making her New York City Cabaret Debut in May with 'Thank God I'm A Country Girl'!  The show will feature country music from Patsy Cline, Loretta Lynn, Dolly Parton, Carrie Underwood and more!  A full country band will be led by Drew Wutke and the show is directed by Lennie Watts.

Reservations can be made through the Don't Tell Mama website or by calling 212-757-0788
http://www.donttellmamanyc.com 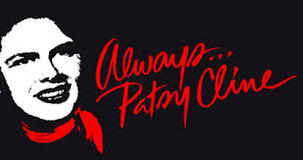 Erin is headed to Ocean State Theatre Company in Rhode Island to play the title role in Always…Patsy Cline.  This is a dream come true!  She will be joined by one of her favorite scene-stealing actresses, Lulu Lloyd, playing Louise.

Always...Patsy Cline is based on a true story about the country music legend and the fan she called a friend. The title was inspired by Cline's letters to her friend Louis Segar, which were always signed, "Love ALWAYS... Patsy Cline."

The musical play, complete with down home country humor and true emotion includes many of Patsy's most unforgettable hits - 27 in all - such as "Seven Lonely Days," "I Fall to Pieces," "Sweet Dreams," "Walking After Midnight" and of course "Crazy."